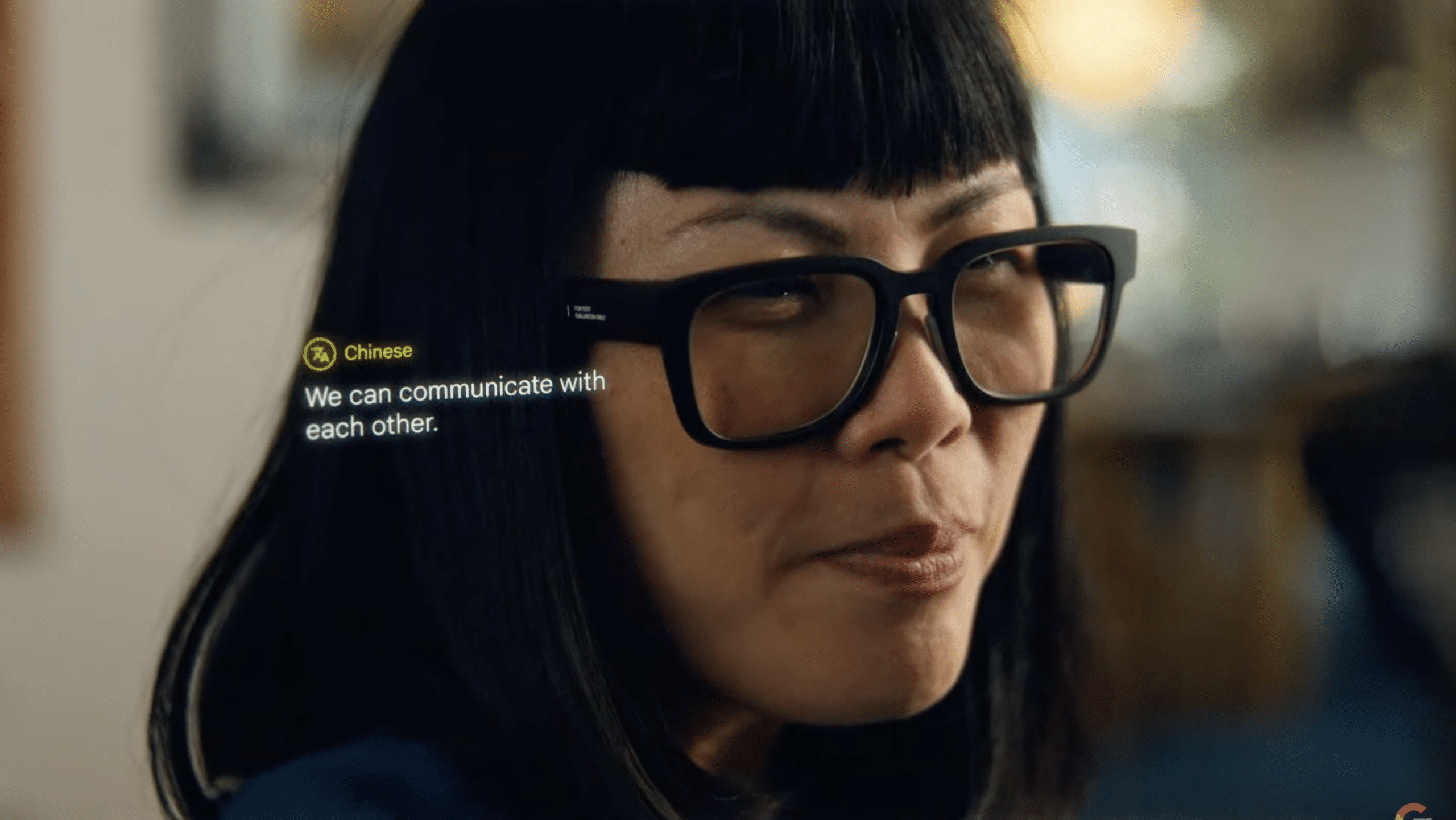 Among everything else that Google premiered at its IO 2022 event happens to be the Google AR Glasses. The Mountain View company however showcased the upcoming Google AR Glasses in a short teaser video wherein it demoed how the Glasses will have real-time AI-backed language translation capability.

It’s like you are speaking to someone who is from a different region and speaks a different language. However, you will still be able to pick up what the speaker has to say thanks to the AR Glasses that can translate the spoken words in real-time and depict them on the glasses for you to read. Also, the translated text will be shown right in front of your eyes, which means you won’t have to take your eyes off the person. The translated text is going to be directly in your line of sight.

That said, the video does not reveal how the display looks from the other side when the texts are being shown. Also, it’s not known at the moment what other features the AR Glasses are capable of though there sure are a lot of things it can be put to use. That includes showing directions when driving, translating printed texts, showing additional information about historical sites to may we say, reading e-books as well. In fact, there are countless ways the AR Glasses can be put to use.

Google however didn’t reveal when exactly it plans to launch the glasses though CEO Sundar Pichai did mention it is still an early prototype that the company is testing, which means it could be sometime before the glasses are officially launched. As of now, the company is gearing up to launch the Pixel 6 series smartphone and Pixel Watch later in the year. Then there is the Pixel Buds Pro and the Pixel 6a that too are lined for launch around the same time. The Pixel tablet comes next which Google said will be launched in 2023. The AR Glasses comes next.