You are here: Home / Archives for Google

Google has entered into a collaboration with NASA that aims to bring the solar system into augmented reality with webAR, ScreenRant reported. This way, users will be able to view the different planets in our solar system right on their mobile devices itself. Specifically, it is Google Arts & Culture that is collaborating with NASA in creating 3D models of the solar system … END_OF_DOCUMENT_TOKEN_TO_BE_REPLACED

Google announced that it has started public testing of its AR smart glasses, Cnet reported. Initially, there are going to be several dozens of the AR glasses that would be put to test out in public spaces though that figure would be ramped up to hundreds of glasses by the end of the year itself. As of now, Google's focus with its smart glass project is to let the integrated … END_OF_DOCUMENT_TOKEN_TO_BE_REPLACED 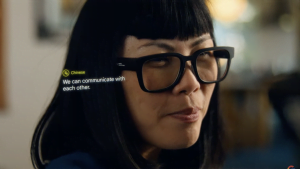 Among everything else that Google premiered at its IO 2022 event happens to be the Google AR Glasses. The Mountain View company however showcased the upcoming Google AR Glasses in a short teaser video wherein it demoed how the Glasses will have real-time AI-backed language translation capability.It’s like you are speaking to someone who is from a different region and speaks … END_OF_DOCUMENT_TOKEN_TO_BE_REPLACED

That Google is serious about getting into the augmented reality space is evident from its recent acquisition of Raxium, a start-up that specializes in the development of MicroLED displays. The acquisition which The Independent claims to have cost Google a billion dollars will put the Mountain View company in the race to develop an AR headset.Details of the upcoming headset … END_OF_DOCUMENT_TOKEN_TO_BE_REPLACED