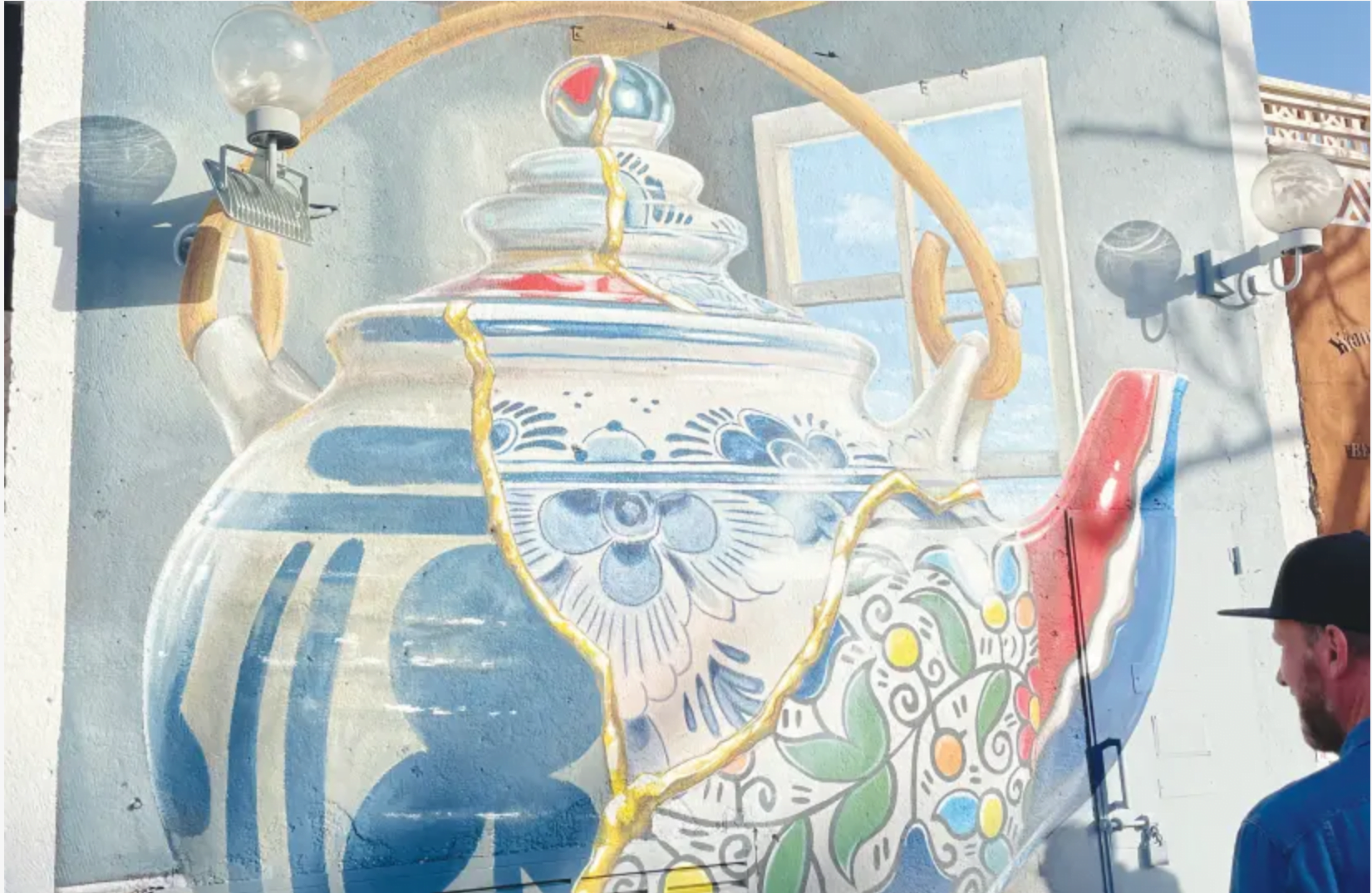 The Israeli city of Jaffa has its first augmented reality mural, the credit for which goes to the Embassy of the Netherlands. The mural is in fact a gift that it received from the Dutch Embassy and is essentially a teapot that has been painted by the famous Dutch painter Leon Keer. The teapot, as has been depicted in the painted is broken though but has been glued together using gold lacquer, which, as the site Jpost revealed, is a Japanese art form known as Kintsugi. There is an underlying message being conveyed as well, that of resilience and grit. Anything seemingly broken can always be fixed and can emerge stronger in the process.

Keer took five days to complete the painting which was done using water-based acrylic paints. This makes for a commendable move considering that these are a lot more environmentally friendly than the spray paints that most street artists have a preference for. Apart from the sheer brilliance of the painting itself, it is the touch of augmented reality that brings it alive. That way, viewers can actually interact with the painting, something that makes it all the more special.

The process to do that starts with scanning the QR code that lies next to the painting followed by installing the exclusive Leon Keer app. Next, just pointing the smartphone’s camera to the painting will unravel the magic that comes with it. That includes the teapot actually tipping over to pour a cup of tea though in reality, if that’s the right word to use, it is Hebrew and Arabic letters that make up the virtual stream of tea. While this is one way the teapot comes to life when viewed via the smartphone from one angle, the same offers a different aspect of augmented reality from other angles.

“We wanted to give something beautiful to the people of Tel Aviv and Jaffa,” the Deputy Ambassador of the Netherlands to Israel, Marieke Monroy said. “For us it has a meaning; if you look at the picture, you will see a teapot, which consists of all kinds of pots representing the different cultures in Israel. And there’s a little Dutch flavor with specific flowers that [the Dutch] would recognize.”

“I like mathematics, so in that matter, technology evolved into my art,” Keer said. “You see different cultures combined and don’t fight. They just have a cup of tea and solve their problems with that.”

There also is a reason Jaffa was chosen for displaying the unique art piece considering that the city witnessed violence last year between its Muslim and Jewish members who live side by side in the city. The painting, which is conveying a message of peace and harmony will be live for at least a year from now.