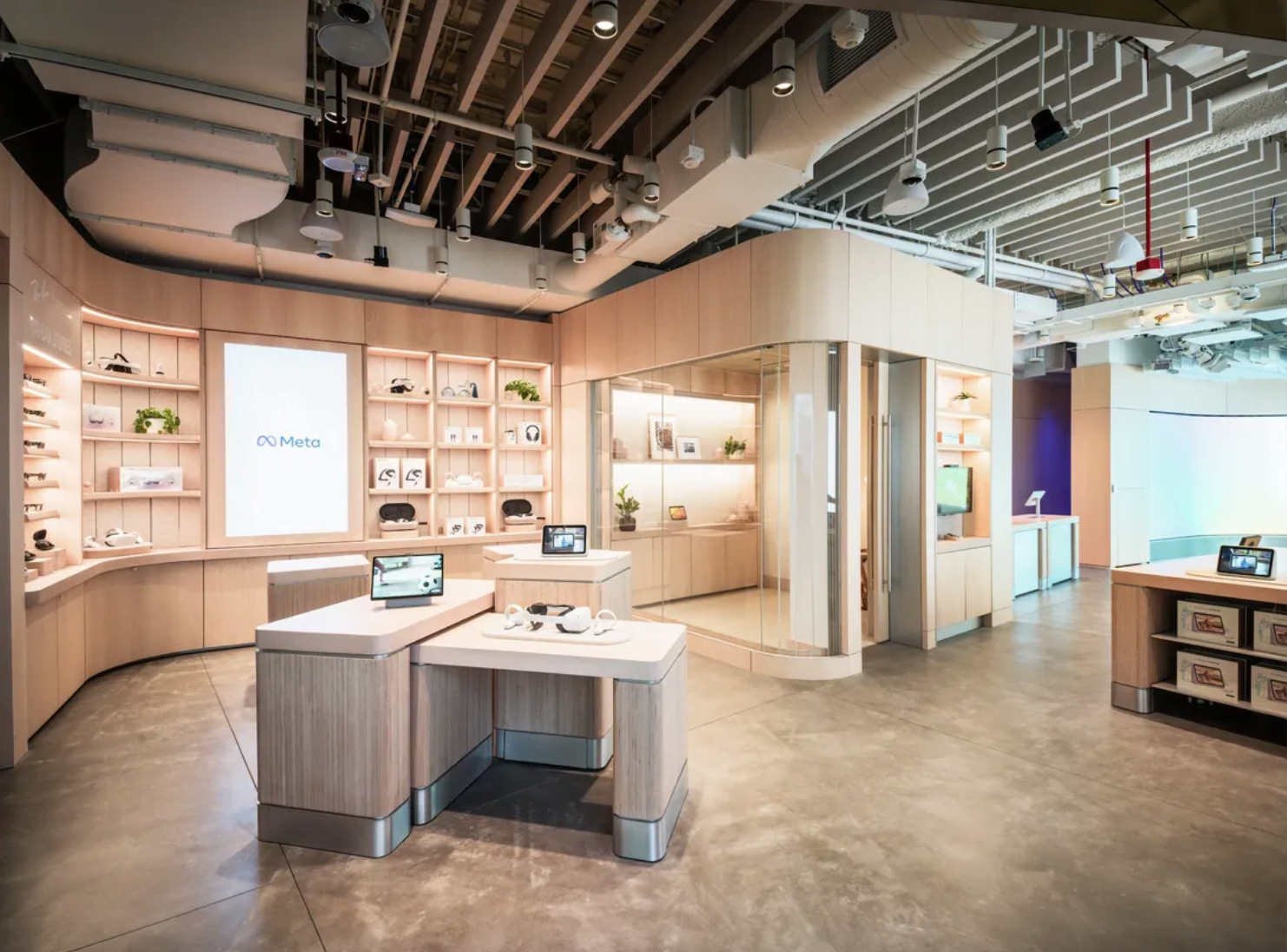 Meta has launched its first hardware retail store which will serve as a location where buyers can try out the various hardware devices that the company has or will have on offer in the future. Right now, there are the Meta Portal videophones and Quest VR headsets that visitors will be able to try out and also buy if needed. As The Verge reported, the store will also have on display the Ray-Ban smart glasses which too are available to buy. The store has come up right in the Meta campus itself in Burlingame, California, and is all set to go live on May 9.

Also, while the store is relatively small having just 1,550 Sq-ft of storefront, there is going to be a separate area for demoing Portal. Users will be able to try out the device and check its video calling feature with a store employee. Similarly, there is an area dedicated to the Quest 2 where users will be able to test the headset and play games such as the Beat Saber, GOLF+, Real VR Fishing, and Supernatural. Visitors also have the option to carry back home a 30-sec mixed-reality clip showing them playing a game.

Similarly, with the Ray-Ban glasses, visitors will be free to try out the various styles on offer. The Ray-Ban smart glasses were launched last year and are capable of capturing videos thanks to the integrated cameras it comes with. Further, there is also the option to share the videos as well even though some have expressed concern about privacy issues with such smart sunglasses.

All of this makes for a significant move on part of Meta to let people have a first-hand idea of what its hardware offerings are all about. This is important considering that virtual and augmented reality is yet to reach a stage of mass adoption and it is always good to let people have an idea of what it is all about in the first place. The company also stated they have added a new Shop option on its website where a dedicated section will carry all the hardware that the company has to offer.

The first Meta Store which is situated close to its Reality Labs headquarters at 322 Airport Boulevard in Burlingame is also being seen as an experimental approach that will let the company develop its own strategy for reaching out to the customers. As Meta store head Martin Gilliard said, the store ‘gives us more opportunity to experiment and keep the customer experience core to our development’ while using the same to ‘define our future retail strategy.’