You are here: Home / Archives for AR/ VR headset 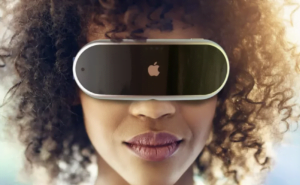 Apple has applied for several 'Reality' trademark applications that are expected to chart its course in the hot new augmented reality and virtual reality segments, Bloomberg reported. This makes for a significant development considering that Apple is already reported to be in the advanced stages of launching its own AR/VR headset. Among the names that Apple is known to have … END_OF_DOCUMENT_TOKEN_TO_BE_REPLACED

Facebook is all set to launch its all-new AR/ VR headset in October. This has been revealed by none other than the company CEO Mark Zuckerberg. The CEO was speaking on The Joe Rogan Experience podcast when he made the revelation. Also, as PhoneArena reported, the upcoming AR/VR headset would be unique in that it will have better non-verbal communication, which can be like … END_OF_DOCUMENT_TOKEN_TO_BE_REPLACED 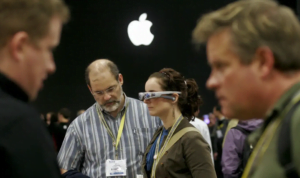 Apple, it seems would rather not haste in the AR and VR segment and is eager to test the waters before making any substantial commitment going forward. As the serial Apple leakster Ming-Chi Kuo revealed, the iPhone maker will have a headset up for the taking by early 2023. However, it’s going to be one that will have a limited production run and is going to be priced crazy … END_OF_DOCUMENT_TOKEN_TO_BE_REPLACED

Apple is widely rumored to be in the advanced stages of launching its own AR and VR headset sometime soon. However, for those who can't wait to see how the headset will turn out to be in a real-world setting, here is your chance to experience the real thing in a virtual environment. It’s a 3D model of the Apple upcoming mixed reality headset created by AppleInsider that is … END_OF_DOCUMENT_TOKEN_TO_BE_REPLACED

Samsung might be working on a new augmented reality (AR) headset that would support multi-user Metaverse experiences, XRToday reported citing Korea Herald."(Metaverse-related, AR devices) are now the talk of the town, so we have buckled down to a task to cope with the trend. It won’t take too long. We are striving for perfection as we gear up for the launch,” said Samsung … END_OF_DOCUMENT_TOKEN_TO_BE_REPLACED

Apple has long been rumored to launch an AR/ VR headset though there has been not much information available in the public domain on it. Now, a report from TrendForce is claiming that the headset might come with a monthly subscription plan though there isn't any indication of how much that might be.The report also claimed Apple would be adopting a similar strategy with its … END_OF_DOCUMENT_TOKEN_TO_BE_REPLACED